Monsoon Give An Edge To Indian Economy

Rainfall in India is largely limited to the summer monsoon season. As a result, all differences in the summer monsoon have an impact on the country's agricultural and economy. The monsoon is the lifeblood of India's farm-dependent economy in many ways.

Monsoon rains are expected to be 97 percent of the long-term normal in 2022, according to the Indian Metrological Department (IMD). Rainfall of 96 percent to 104 percent of the 50-year average of 89 cm (35 inches) by the fourth month of the monsoon season, which begins in June, is considered typical or ordinary.

India is primarily an agrarian economy, with agriculture contributing up 15% of the India’s GDP. In the past, there was a positive correlation between real rainfall and the rate of agriculture GDP growth. Normal rains will help the economy, which is showing signs of progress after slowing last year as a consequence of demonetization and the lingering effects of the GST. It will enhance agricultural production as well as consumer demand, helping to keep inflation in check.

The monsoon is accountable for about 70% of India's annual rainfall and determines rice, wheat, sugarcane, and oilseed crops such as soybeans. Agricultural sector employs more than half of India's 1.3 billion people and accounts for around 15% of the country's $2.5 trillion economy.

A favourable monsoon enhances demand for consumer products in rural areas by increasing farm output. The stock values of companies that sell products in rural areas tend to rise when the economy improves. Although India is self-sufficient in rice and wheat, a drought would increase imports of pulses and edible oils including palm, soy, and sunflower oil. Monsoon rains replenish reservoirs and groundwater, making irrigation and hydropower generation more efficient. Rainfall could cut demand for subsidised diesel, which is now at an all-time high.

India's economy is based on agriculture, which implies that farm growth and production account for the vast majority of the country's GDP. Monsoon is one of the most important seasons for farmers in a country that is so dependant on agriculture. The majority of India's agricultural land is irrigated by the southwest monsoon. Wheat, rice, and lentils, all staples in Indian cuisine, need a lot of water to thrive.

Crop planting is depending on the season's first rainfall. As a result, the monsoon is critical for India's farmers, who are already struggling financially.

The monsoons have played a significant role in India's social and cultural history. The season offers a welcome respite from the summer heat and brings with it a slew of celebrations. Rainy days are celebrated in a variety of ways across the country. Onam in Kerala, Bihu in Assam, Harela Parv in Uttarakhand, Rakhi, and even Lohri are all seasonal festivals that mark the coming or departure of significant seasonal winds.

In a country like India, agricultural production is critical to keeping food prices at levels that are affordable to the average citizen. Currently, rainwater is responsible for half of India's agricultural output. As a result, new dams, reservoirs, and irrigation canals are needed, as monsoons can be erratic and unreliable at times like these.

Due to increased monsoon rainfall, the government has set a new record for food grain output of 328 million tonnes for the crop year 2022-23. A new record for food production has been established. This goal is 3.8 percent more than last year's output. According to the Ministry of Agriculture's second advance estimate, food grain production will hit a new high of 31.66 million tonnes in the current crop year 2021-22, which ends in June. At the National Conference for Kharif Campaign 2022, the aim for the crop year 2022-23 (July-June) was set. It was held on Tuesday to assess the Rabi (winter) season's development and make plans for Kharif (summer) crops. Agriculture Commissioner AK Singh, speaking at the conference, stated that the monsoon is expected to be normal this year.

The availability of fertiliser is also enough. But due to Russian invasion on Ukraine may hit badly.

Except for soybeans, Singh stated that additional seeds are available to satisfy the demands of the upcoming Kharif season. He also stated that the supply of fertilisers is sufficient to suit the season's needs. However, he stated that state governments must address the huge yield gap in oilseeds, declining sunflower acreage, and a shortage of soybean seeds for sowing.

In the current marketing year, which ends in September 2022, the country's sugar production is expected to rise by 13% to 35 million tonnes. Sugar exports are expected to reach 95 lakh tonnes during this period. This information was released by the Ministry of Food on Tuesday. According to the ministry, 99.5 percent of the Rs 92,480 crore in cane arrears from last year have been cleared. Aside from that, farmers have been given 80 percent of their sugarcane arrears for the current year.

A meeting with state sugarcane commissioners was held here in a digital format under the supervision of Food Secretary Sudhanshu Pandey to examine the availability and export status of sugar. According to revised forecasts, sugar output in the marketing year 2021-22 will be 35 million tonnes, according to the government. This statistic is based on 3.5 million tonnes of sugar extracted for ethanol.

According to the statement, sugar production is expected to be substantially greater than domestic consumption of 27.8 million tonnes. The previous sugar stock was 85 lakh tonnes at the start of the marketing year 2021-22. According to the ministry, the country's sugar supply is limited.

As we are witnessing our south located neighbouring country SRI LANKA facing economic crisis due to debt trap of CHINA and other foreign debt mismanaged by the politician. A huge shortage of food medicine with high inflation triggered the anger of people and are coming on road to protest their government.

Also our west located country PAKISTAN also witnessing a political crises and after intervening supreme court of Pakistan Imran khan led government gone. And two terrorist attacked in last week on china personnel may create a hurdle of China’s dream CPEC project, already Pakistan in FATF grey list and expert says it may come in Black List soon and this could worsen the economic conditions of Pakistan who also facing high inflation and repayment of loan due this year.

24th February 2022 Russia invade Ukraine to de-militarized Ukrainian government but after more than two months it could not be as successful as it was expecting, apart from west part and some southern part Russian army failed to advance in other parts of country. As we know that Ukraine is major exporter of Food grain and invasion may result a huge shortage of supply of foods around the world. Russia also a major producer of OIL & Natural Gas also a part of OPEC PLUS also major exporter of fertilizers but strict sanctions by the US and EU including Japan and Australia which may rise in petrol and gas, fertilizers prices around the globe.

Many refugees specially Tamils are coming to India. Since we are huge populated country and another refugee crises may hit our growth substantially.

Disturbance in PAKISTAN politics give an edge to other non-state actors, can threaten our security specially in Jammu and Kashmir region. And war between Russia and Ukraine may indirectly effect our growth due to inflation in OIL & natural Gas products.

A good monsoon are expected this year with bumper crop may increase the consumer demand in rural area, and 40 lakh marriages are expected to take place this year with great festive season due to corona lockdown & restrictions of COVID-19 in last two year marriages and festivals could not be celebrated as it should have been. Our Prime minister said that world is facing a new problem a food crises, world food stock is getting empty and India can offer food stock to the world if WHO permitted. Therefore, INDIA will have a rural, urban, and internationally demand, having a food surplus which can be exported to countries whose are facing food crises specially African countries and curb or equalize the inflation due to events which are being taken place in our neighbouring countries, Ukrainian war etc. 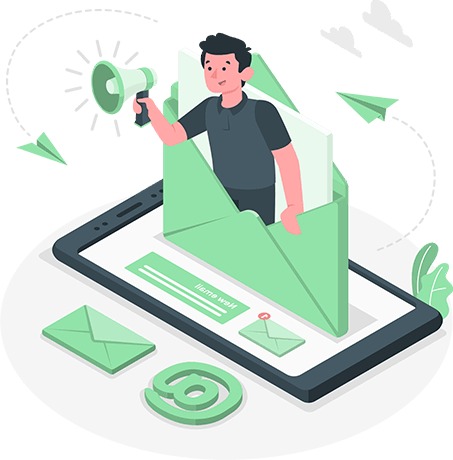